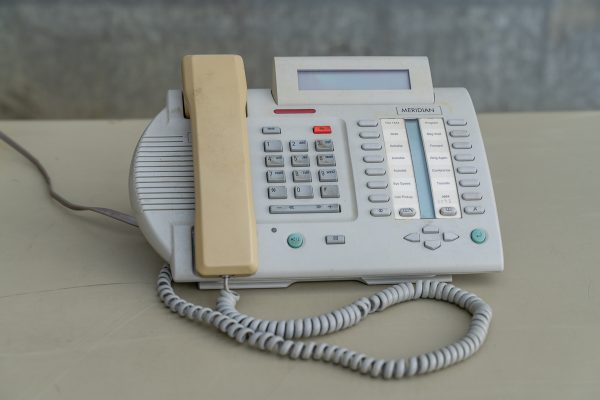 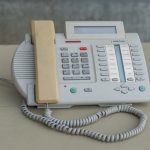 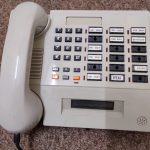 The Meridian Norstar, later called Nortel Norstar was a small-office digital key telephone system introduced by Northern Telecom and now sold by Avaya. It is based on the same internal design and instruction set as Nortel’s earlier SL-1 and DMS systems,[dubious – discuss] allowing it to support features such as integrated voice messaging (Meridian Mail), automatic call distribution and other features, but possibly supporting a total of up to 192 phones and with limited processing power. In the United Kingdom it is sold by British Telecom, rebadged as the BT Norstar.

Contents
1 History
2 Telephone design
3 Migration to BCM (Business Communication Manager)
4 E-MetroTel and Nortel Legacy
5 See also
6 References
History
With the advent of LSI ICs, also called integrated circuits in the 1980s, key telephone system design went from electro-mechanical parts to electronic or fully digital parts. The first key system developed by Northern Telecom in the early 1980s was the Vantage TDD system. Unlike the success of the SL1 system, the Vantage system did not catch with the business environment and the Meridian Norstar was developed as its replacement.

In 1988, Nortel developed the Meridian Norstar system. This system directly competed with the AT&T Merlin, ROLM Redwood, Executone/Isotec Hybrid systems, Toshiba DK Strata, and NEC hybrid systems.[1] Unlike the earlier Vantage system, the Norstar went on to be one of the leading telephone systems in the world. It is visible worldwide with installations at major retail chains, educational environments, medical institutions, government facilities, and many places where key telephone systems are required.[2]

The Norstar system went further than the other systems in similarity to a PBX system such as the Meridian SL-1/Meridian 1 system developed in the late 1980s as well. This allowed blurring the distinction of key telephone system versus PBX telephone system. Many features such as Direct Inward Dial, Caller ID, Automatic Call Distribution, and Call Accounting were designed off the larger Meridian 1 PBX, DMS-100 and Meridian SL-100 as opposed to being developed as an independent system.[dubious – discuss]

Although there were many hardware/design similarities between the Norstar systems and larger Meridian 1/Meridian SL-100 systems,[dubious – discuss] the telephones themselves could not be used interchangeably between the key system and PBX. They were, however, backward compatible on their respective switch. That is, the oldest Meridian M7000 telephones can be used on the newest Business Communication Manager system. The latest T7000 series telephones can also be used on an older Norstar system such as the DR5.1. This allows companies to invest in hardware as needed.[3]

Newer Nortel T7316 Telephone, compatible with new BCM or older Norstar systems
When introduced in 1988, Norstar telephones were developed with highly advanced features. The telephones were rugged in design, available in grey, ash and black colors, and featured LCD displays, color-coded keys with easy to read fonts, a high quality speaker phone, and a quick reference card located underneath the handset. The handsets were known for their heavy-duty design and high clarity audio.

Later Model Northern Telecom Norstar M7324 Switchboard Telephone
As with other Nortel telephones, the phones contained a clearly defined color-coded red Hold key, orange Release (RLS) key and a grey Feature key. RLS allows hanging up a call without having to depress the handset cradle. During loudspeaker paging announcements with the telephone, the RLS key releases silently. This is very useful in large retail stores where paging announcements are frequent.

The Feature key present on each telephone model allowed for access to both advanced features (including paging, transfer, conferencing, and voicemail) and local settings (such as language, display contrast, ring tones, and speed dial).