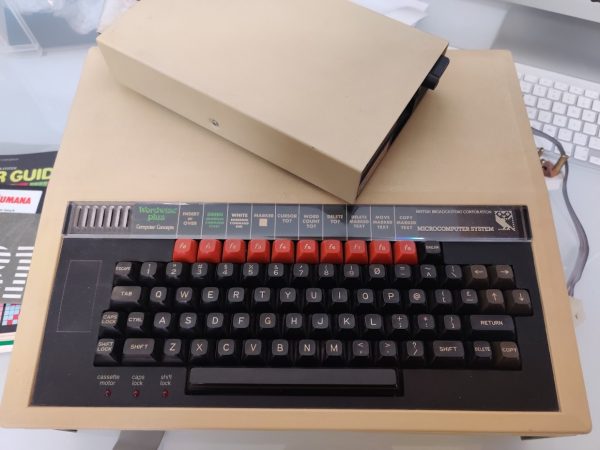 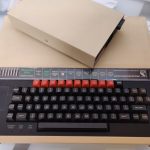 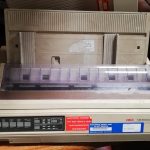 The BBC Microcomputer was launched in December 1981 as part of the BBC’s Computer Literacy Project. The Computer Literacy Project was created by the BBC (British Broadcasting Corporation) to increase computer literacy and to encourage as wide a range of people as possible to gain hands-on experience with a microcomputer. The BBC Micro was very successful in the UK, selling over 1.5 million units, and was widely used in schools, with the large majority of schools having one.

As part of the project the BBC wanted to commission the development of a microcomputer that could accompany the TV programmes and literature. The BBC created a list of required specifications in early 1981, with companies including Acorn Computers, Sinclair Research, Tangerine Computer Systems, NewBury Laboratories and Dragon Data showing interest in the project. Acorn’s bid won in March 1981 with their Proton prototype, which was being developed as the successor to the Acorn Atom. While the BBC Micro was launched in December 1981, production problems meant that deliveries of the computer were delayed.

The BBC Micro is housed in a case which includes an internal power supply and a 64-key keyboard with 10 additional user-definable keys. On the back of the case there are ports for UHF out, video out, RGB, RS-423, cassette, analogue in and Econet.

“For me this was the machine that really got me into programming and micro electronics. The BBC Micro was developed by Acorn computers for the BBC who were embarking on an education programme for the UK called the “BBC Computer Literacy Project”. The BBC made it their mission to have at least one of these machines available in every school in the UK.

The ‘beeb’ as it quickly became known as was fantastic for connecting to external equipment. It featured an anlogue ‘joystick’ port, a digital ‘user’ port, a 1Mhz bus connection, a ‘tube’ connection and a plethora of other connections. So many infact the the back of the machine ran out of space and they had to create a cut-away bay underneath the machine to accommodate them. But it was due to its connectivity and expandability that I really took to the beeb and started designing peripherals and software.

It was not a cheap machine. The BBC Model B sold for £399 on the high street in 1983 which was relatively expensive compared with other available machines like the Commodore 64 which sold for around £229. Regardless of the difference in price, because it was backed by the BBC, the beeb sold very well with over 1 million units sold.”
Manufacturer: Acorn
Date: 1981